Dr. Kevin Leman is a New York Times best-selling author, an internationally known psychologist, radio and television personality, and speaker who has taught and entertained audiences worldwide with his wit and common sense psychology. He has made house calls for hundreds of radio and television programs, including The View, Today, Oprah, CBS's The Early Show, CNN's American Morning, and LIFE Today with James Robison. He has also served as a contributing family psychologist to Good Morning America.

A best-selling and award-winning author, Dr. Leman has written more than 40 books about marriage and family issues, including The Birth Order Book, Sheet Music, Making Children Mind without Losing Yours, and Have a New Kid by Friday. He is coauthor, with his son Kevin Leman II, of a series of illustrated children's books for each child in the family. He is also featured on 6 video series on marriage, parenting, blended families, and single parenting.

Dr. Leman and his wife, Sande, live in Tucson, Arizona. They have 5 children and 2 grandchildren. 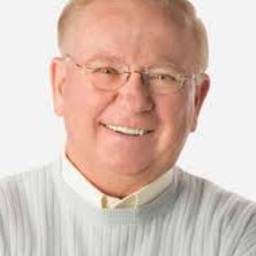