Born in the San Francisco Bay area, Tim Chaddick grew up as the son of a pastor. While he was still a boy, his father was plagued by physical difficulties. As his dad’s health deteriorated, so did the church, and Tim's involvement in it. Growing up in an extremely irreligious town, Christian faith quickly became the last thing on his mind.

In his early teens, Tim embraced the “unholy trinity” of sex, drugs, and rock ‘n’ roll. Becoming sexually active in the ninth grade, he consented to his first abortion by the tenth. He experimented with a host of drugs before getting hooked on crystal meth. But the precious center of Tim’s life was undoubtedly music. Playing in several punk bands, he saw music as his savior – the one thing that brought value to his existence.

But this illusion wouldn’t last. The drugs and alcohol became all-consuming. Romantic relationships ended in broken hearts and Tim’s own mortality struck him when a close friend committed suicide. Around this time, in 1999, a friend randomly invited Tim to a horrifyingly cheesy Christian event in San Jose. For reasons unbeknownst even to him, he agreed to go.

As the preacher related the gospel, the Holy Spirit touched Tim’s heart in such a powerful way that he broke down and wept. He realized the depth of his sin and recognized the glory and power of Christ. After sleeping in the church’s gym, he called his bandmates in the morning to tell them that he had met Jesus.

Even though he had enrolled at a Bible college in Southern California, Tim had no intention of pursuing pastoral ministry until a fresh reading of Romans 10 (“How shall they hear without a preacher?”) opened his eyes to God’s calling on his life.

Tim interned at a large church in Orange County, where he befriended a pastor named Britt Merrick from Santa Barbara County. Greatly moved by Britt’s heart and the spirit of his church at Reality Carpinteria, Tim moved with his wife and baby girl to join the staff. A year later, Jesus called Tim and Lindsey to plant a church in Hollywood. The prayer meetings began and in 2006, Reality LA launched.

Tim currently serves as the Pastor for Preaching and Vision at Reality LA. He and his wife Lindsey live in the Echo Park neighborhood of Los Angeles with their three daughters. 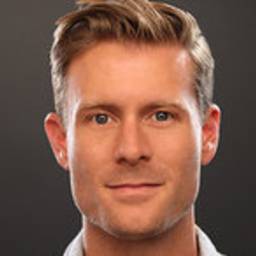