Reggie Joiner is the founder and CEO of the reThink Group, a nonprofit organization providing resources and training to help churches maximize their influence on the spiritual growth of the next generation. The reThink Group provides innovative curriculum resources and training for leaders who work with preschoolers, children, families, and students. They have partners throughout the United States and eight other countries.

The reThink Group is also the architect and primary sponsor of the Orange Conference and the Orange Tour which provide national training opportunities for senior pastors, church leaders, and ministry volunteers.

Reggie is also one of the founding pastors, along with Andy Stanley, of North Pointe Community Church in Alpharetta, Georgia. In his role as the executive director of Family Ministry, Reggie developed the concepts of ministry for preschoolers, children, students, and married adults over the course of his eleven years with the church.

During his time with North Pointe Ministries, Reggie created KidStuf, a weekly environment where kids bring their parents to learn about God, as well as Grow Up, an international conference to encourage and equip churches to create relevant, effective environments for children, families, and teenagers.

Reggie is the co-author of Seven Practices of Effective Ministries with Andy Stanley, and the author of Think Orange: Imagine the Impact When Church and Family Collide

Think Orange encapsulates Joiner’s philosophy and practice of family ministry, combining the strengths of family and church to capture the hearts and minds of the next generation. Reggie is a graduate of Georgia Southwestern College. 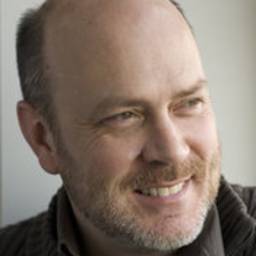