Government officials who are trained to detect counterfeit money, don’t study the counterfeits. They study the real bills, which they have come to know so well that when a counterfeit bill shows up they can easily spot it. That is why I am taking several weeks to explain the true nature of God, so that you can readily detect the counterfeits, which are showing up everywhere.


Our hope is destroyed when God the Father is maligned and I have tried to show that a distorted concept of God contributes to mental illness. In my ministry I have come across many who think they are being led by the Holy Spirit, but are actually paying attention to an evil spirit. Today we are going to consider the warnings about a counterfeit Jesus.


The Apostle Paul wrote: “But I am afraid that as the serpent deceived Eve by his cunning, your thoughts will be led astray from a sincere and pure devotion to Christ. For if someone comes and proclaims another (allos) Jesus than the one we proclaimed, or if you receive a different (heteros) spirit from the one you received, or if you accept a different (heteros) gospel from the one you accepted, you put up with it readily enough.”


The Greek word “allos” means similar. False teachers are talking about the same historical Jesus, but presenting Him another way. Many of the ecumenical councils in the first millennium struggled against such heresies, chief of which were the Arians who denied the deity of Christ. The council of Nicea deposed Arius in 325. The Arian heresy would arise again throughout church history, and is evident today in the Jehovah Witnesses and the Mormons, who also deny the trinity and the deity of Christ. If Jesus was just a man, or prophet then His sacrificial death would have no more significance than the sacrifice of bulls and goats which cannot take away your sins. Jesus said, “I told you that you would die in your sins; if you do not believe that I am the one I claim to be” (Jn. 8:24).


What happens if you believe in a counterfeit Jesus? You are being deceived by a different (heteros) spirit. “Heteros” means a completely different spirit from the Holy Spirit, which can only be an evil spirit. Consequently, you will have a different (heteros) gospel. It won’t be a gospel of grace, it will be a totally inadequate “gospel” of works. Jesus warned us about this possibility in the Olivet discourse, “Then if anyone says to you, ‘Look, here is the Christ!’ or ‘There he is!’ do not believe it. For false christs and false prophets will arise and perform great signs and wonders, so as to lead astray, if possible, the elect” (Matt. 24:23,24). 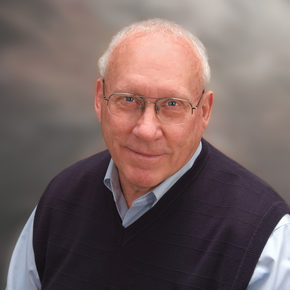