Dance Through the Pain

Dance Through the Pain

Do you ever get tired of the spin? It even affects the language that we use. John Ortberg has noted how our language has changed a little bit over the last several years. For instance, when a company fires people now they no longer say, “You’re fired.” That would sound way too harsh. Companies no longer “down size” because that seems negative. Companies are now calling it “right sizing.” Guys are no longer “bald,” they are “follicly challenged” or “comb free” as one guy said. It’s no longer “road kill” – it’s “maladaptive compressed life forms,” or in some states in America that will remain unnamed, “road kill” is dinner.

Do you ever just wish someone would tell you the truth instead of “spinning it” to sound better than it is? James does. He’s a no nonsense kind of guy. James, in chapter 1, teaches us about how to face trials and temptations.

That is a lot easier to say than to do. The word for “face” or “encounter many trials” is the same word Jesus used when He told the story of the Good Samaritan in Luke twelve. This poor guy was going about his day, just walking down the road. He fell into the hands of bandits who robbed him and brutally beat him, then left him bleeding by the side of the road. Like Jesus’ story of the unfortunate man, James is saying whatever trials you face, no matter how great or small, choose to rejoice in the midst of it because God will bless you in that trial, that difficulty.

Tim Hansel was an award-winning rugby player and loved sports. He was a mountain climber as well. In fact, he earned the nickname Thrasher, because of the way he aggressively climbed a mountain. At one point Tim was on the Sierra range climbing a 14,000-foot glacier. Suddenly, he lost his footing. He fell at thirty-two feet per second. When he hit the ground, all of his friends thought he was dead. They found him in a ravine. To their amazement, he woke up. He was able to function and talk. He didn’t have any bones broken, he was just shaken up. He said he felt a little shorter. He hiked out of the mountains and went all the way home. Tim never told his wife what happened. For three whole days he functioned normally. The fourth day, he woke up in the middle of the night in a cold sweat. His doctors told him his body had been in complete shock for three full days. Every joint in his body began to throb. Now he exists with constant, chronic pain in every joint of his body. Sometimes he can’t sleep for ten weeks at a time.

Days that go by that Tim can’t reach down and put his hands below his knees because of the pain. He talks about the time he tried to play tennis. He lightly threw the ball up and hit it to a friend and broke all his ribs. His body is absolutely falling apart. If anybody has the right to be miserable it would be Tim. Yet he wrote a powerful book called, YOU GOTTA KEEP DANCING. What an impact his words made in my life. Tim confessed,  “I’ve prayed hundreds if not thousands of times for the Lord to heal me and He finally healed me of the need to be healed. I discovered a peace inside the pain. I’ve survived because I’ve discovered a new and different kind of joy that I never knew existed. A joy that can co-exist with uncertainty and doubt and with pain, confusion, and ambiguity.”

James teaches that joy can co-exist with pain, confusion, and struggle. He’s saying rejoice even in difficult times because God will do something great in the midst of it. Persevering through pain produces character and dependence on God. We don’t rejoice at the trial. We rejoice in the trial because through this hardship and difficulty God is doing a work in our lives to form us and mature us so we become the kind of people that He desires for us to be.

Taken from “Temptation Uncensored” by Jud Wilhite. Used by permission. 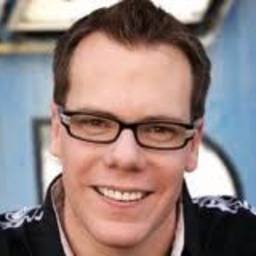