After the lofty praises sung to Yahweh in Judges 5, we are brought down to terra firma with an unmistakable thud: the Israelites returned to their evil ways (6:1).

Usually, at this juncture Yahweh would be raising up a deliverer. Instead we have a detour—a round of deserved divine excoriation of the nation’s behavior (6:8–10). Israel had chosen to fear and obey not Yahweh, but the gods of the Amorites. The result? Oppression of the Israelites by the Midianites. This is the first narrative in which Israel’s cry for help is answered by a rebuke (6:7–10). It is a decidedly negative characterization of the nation, worse than what had been portrayed thus far.

Anyhow, Gideon is commissioned as deliverer. But the skeptical guy wants a sign (6:17). He gets it (6:20–21)—God is gracious. Yet, Gideon’s surreptitious undertakings by night—obedience in destroying idols, but under cover of darkness: covert commitment—hints at a compromised attitude to God, one that is laced with apprehension, not exactly what ought to have characterized one who has just interacted with God and obtained multiple assurances of divine presence (6:12, 14, 16, 21–24).

OK, now on to the battle.

Oh, wait—now it is God’s turn to throw a spanner in the works (7:1–8)! Yahweh is not going forward with the huge army Gideon has mustered (6:34–35). He demands that Gideon’s forces be pruned, so that Israel may not become boastful. From 32,000 to 300! This, in the face of 135,000 enemy troops (8:10): Gideon ends up with one soldier for every 450 enemy combatants! Great! Whatever confidence Gideon may have gained has now evaporated.

And notice that the 300 who remain pick up … trumpets (7:8; likely on God’s directive)! There is no sign of any weaponry. There was no way a 300-strong weaponless army was going to successfully take on a 135,000-strong battalion. But Yahweh takes the initiative and graciously gives Gideon yet another sign-assurance of success (7:9–11). So all looks good, and the battle begins.

What battle? The Israelites just stand blowing trumpets and waving torches and shrieking. It is Yahweh who fights with a sword (7:19–22). And the Midianites flee—entirely God’s doing.

In retrospect, the Israelites’ earlier war cry, “For Yahweh and for Gideon” (7:18), looks decidedly odd. Why the urge for Gideon to personalize this war (7:18), especially when Yahweh’s expressly stated goal was to not share the glory of victory with humans (7:2)? It looks like Gideon wanted a piece of the limelight.

In sum, Yahweh’s suspicions about Israel and Gideon (7:2) turn out to be true: humans had equated deity’s power with their own puny (non-)efforts and had become boastful (7:18, 20), daring to steal God’s glory. This is especially striking since in every other victory of every other judge until now, Yahweh’s actions are given priority: 3:10, 28; 4:14 (and even in this account, 7:15). Skepticism, sadly, had turned, not into surrender, but into swagger. 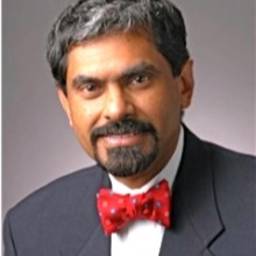 Abraham Kuruvilla holds degrees both in medicine and theology. He began his studies completing an MD, University of Kerala, 1988; PhD, Baylor College of Medicine, 1993; Post-doctoral Research, Baylor College of Medicine, 1995; Internship in Pediatrics, Texas Children’s Hospital, 1996; Residency in Dermatology, Boston University and Tufts University Schools of Medicine, 1999; ThM, Dallas Theological Seminary, 2002; PhD, University of Aberdeen, 2007. Captivated by the intricacies of the interpretive movement from Scripture to sermon, Dr. Kuruvilla centers his ministry around homiletics: exploring preaching through research and scholarship, explaining preaching by training the next generation of church leaders, and exemplifying preaching in regular pulpit engagements. Before joining the Seminary full-time he was an adjunct professor in Pastoral Ministries. He has also served as interim pastor of several churches, and as president of the Evangelical Homiletics Society. Dr. Kuruvilla is a Diplomate of the American Board of Dermatology, and he maintains an active clinical schedule. His research arenas include hermeneutics as it operates in the homiletical undertaking and the theology and spirituality of preaching and pastoral leadership. Single by choice, he also has a special interest in the theology of Christ-centered singleness and celibacy.