What Countries Are Gog and Magog in the End Times?

What Countries Are Gog and Magog in the End Times?

Who are Gog and Magog in Ezekiel 38-39 and what do they have to do with the last days?
Sincerely, Christopher

I would be delighted to give you some thoughts regarding Gog and Magog. Let me begin by spelling out several caveats.

First: God has not chosen to give us all of the details regarding the end times.

Second: as we read about Gog and Magog in Ezekiel 38-39, we discover that understanding the biblical material is quite difficult. I’m going to do my best to synthesize these biblical teachings as simple as possible.

Fourth: the main reason that God encourages us to study prophecy is to lay a foundation for holy living. We need to have our lives cleaned up and ready when the trumpet sounds.

Fifth: “Live as if Christ is coming back in the next 10 minutes. Plan as if he’s not coming for another thousand years.”

Many wonder if Russia will have any part to play in the last days?

The answer is a resounding “yes.” We find the answer in Ezekiel 38-39.

Identifying God, Magog, and the Kings of the North and South

Ezekiel 38:1-2: The word of the Lord came to me: “Son of man, set your face against Gog, of the land of Magog, the chief prince of Meshech and Tubal;

Magog, Meshech, and Tubal were all sons of Japheth, who was one of the three sons of Noah. Jepheth and his family migrated to the area of modern-day Russia (Genesis 10:2-3).

Gog is a person who rules over the land of Magog (Russia).

Magog means the “Prince of Rosh.” (Gog) Rosh is the old root word for the land of Russia.

God informs Gog and Magog in Ezekiel 38:15, “You will come from your place in the far North” (the Hebrew word means “the uttermost part of the North.” What’s north of Jerusalem?  Moscow. What is north Russia? Nothing.

Meshech is the old name for the capital of Western Russia, which is known today as Moscow.

Tubal is identified as a city in Siberia.

Ezekiel 38:5-6 identifies the rest of the nations that are dragged into battle between Gog and Magog, versus the Kings of the South:Persia, “Cush and Put will be with them, all with shields and helmets,also Gomer with all its troops, and Beth Togarmah from the far north with all its troops—the many nations with you.”

Persia is a reference to modern-day Iran.

Put and Libya are located in northern Africa.

Gomer is the people who settled in Germany.


Note: these nations will basically align with Russia in battles against the King of the South and later on the Antichrist.

After a short time of peace, seeing an opportunity to enhance their domination, Gog and Magog (Russia and its Leader) proceed with their own invasion of Israel.

However, God has no intention of allowing Russia to take over the land of Israel.

The Antichrist intercepts Gog and Magog and defeats them.

Note that two battles are described here, separated by at least 2,500 years.

Ezekiel 38-39 is what is known in biblical hermeneutics (interpretation) as a double fulfillment.

The first battle is the maneuverings of the nations during Ezekiel’s time.

The events of the first battle foreshadow the second battle describing the same movements predicted by Ezekiel which will occur in the latter days just before the seven-year tribulation begins.

Speaking with hyperbole (a literary tool that exaggerates to make a point) God describes the devastating events of the battle between Magog, Gog and the Antichrist.

Ezekiel 38:1-4: ‘This is what the Sovereign Lord says: I am against you, Gog, chief prince of[ Meshech and Tubal. I will turn you around, put hooks in your jaws and bring you out with your whole army . . .

Ezekiel 38:17-22: “At that time this is what will happen in that day. When Gog attacks the land of Israel, my hot anger will be aroused. In my zeal and fiery wrath, . . . I will execute judgment upon him with plague and bloodshed.”


We see in these verses what seems to describe a nuclear holocaust. Fire and brimstone fall from the sky. The earth shakes. The faces of the invading soldiers melt like hot wax. It takes Israel seven years to decontaminate the land. The burial of radiation contaminated men and women injures even more.

Thousands of invading soldiers lie unburied. God sends the birds of the air to pluck the flesh right off their bodies (Ezekiel 38:14 and 39:1-7. This sounds just like the grisly feast of God in Revelation 19 at the Battle of Armageddon.

Again, this passage is a double fulfillment. From Ezekiel’s day until the coming of the Romans in 70 A.D. Israel was decimated by nation after nation thus fulfilling Ezekiel’s prophecy regarding the future decimation of Israel.

Then, we recognize that the above passages parallel the book of Revelation and the horrors of Armageddon.

Now we understand that these passages are no longer hyperbole. This this is the second fulfillment of Ezekiel’s prophecy. The previously mentioned passages are literal words which describe the horrible events of the last days

While Russia is destroyed by the Antichrist just before the seven-year tribulation begins, Gog and Magog will rearm and take part in the war of Armageddon.

As a result of the war between the King of the North and the Antichrist, Israel is open to signing a seven-year-peace treaty with the Antichrist to protect them from other invasions.

After three and half years the Antichrist breaks the peace treaty by invading Israel and all the horrors of the book of Revelation break forth over the earth. During the last days, God brings the armies of the Antichrist, Russia, the Middle East, the Arab-African coalition and China together in the Valley of Megiddo for the Battle of Armageddon.

As Jesus returns he laughs at his enemies (Psalm 2).

At the Second Coming Jesus enters the fray and destroys the forces of the Antichrist, the King of the East and the king of the North as recorded in Zachariah14:12-13:

“This is the plague with which the Lord will strike all the nations that fought against Jerusalem: Their flesh will rot while they are still standing on their feet, their eyes will rot in their sockets, and their tongues will rot in their mouths. On that day people will be stricken by the Lord with great panic. They will seize each other by the hand and attack one another.”

For hundreds of years, students of Bible prophecy have wondered what kind of plague could produce such instant ravaging of humans? Until the invention of the atomic bomb, such a thing was not humanly possible. But now, everything Zechariah predicted can come true instantly in a thermonuclear exchange!

By the way, at the Second Coming, the non-believing Jews of Israel will see the nail prints in Jesus’ hands, feet and side and realize that they crucified their Messiah. It will break their hearts. Many Jews will turn to Christ.

Zechariah 12:10: “And I will pour out on the house of David and the inhabitants of Jerusalem a spirit] of grace and supplication. They will look on me, the one they have pierced, and they will mourn for him as one mourns for an only child, and grieve bitterly for him as one grieves for a firstborn son.”

During that time God the Father invites anyone willing to come to Christ to “Kiss the Son” which is the Old Testament way of saying, “Believe on the Lord Jesus Christ and you will be saved.”

Many Jews will to the Christ.

The Two Suppers of God at the End of Time

Revelation 19:17-18: “And I saw an angel standing in the sun, who cried in a loud voice to all the birds flying in midair, ‘Come, gather together for the great supper of God, so that you may eat the flesh of kings, generals, and the mighty, of horses and their riders, and the flesh of all people, free and slave, great and small.”’

The Wedding Supper of the Lamb is described in Revelation 19:9: “Then the angel said to me, ‘Write this: Blessed are those who are invited to the wedding supper of the Lamb!”’This is the marriage feast when Jesus, as the Bridegroom, takes His church for his Bride. It is a tremendous time of fellowship and praise.

There is a word picture here and we all have a choice. We can enjoy the supper with Jesus or we can be the supper.

Revelation chapters 20 through 22 wrap up the story with the destruction of Satan and his followers, the 1000 year reign of Christ on earth, and the new Heaven and the new Earth.

By the way, people often ask does the United States fit in prophecy?

The United States is not mentioned anywhere in the Bible.

However, there is a reference in Revelation to an eagle which protects Israel during the last times. Of course, the eagle is a symbol for the United States.

Revelation 12-14: “The woman was given the two wings of a great eagle, so that she might fly to the place prepared for her in the wilderness, where she would be taken care of for a time, times and half a time, out of the serpent’s reach.”

Of course, the United States has always been a friend and supporter of Israel. By God’s grace, we will stand by their side. If we ever turn against Israel we will suffer the same fate as the Antichrist and his forces.

Well, Christopher, I hope this gives you some insight into Gog and Magog and to the extra material that I shared beyond your question that you may find helpful.

May God bless you in your studies of the Book of Revelation and please remember that God promises a blessing for those who read it often. 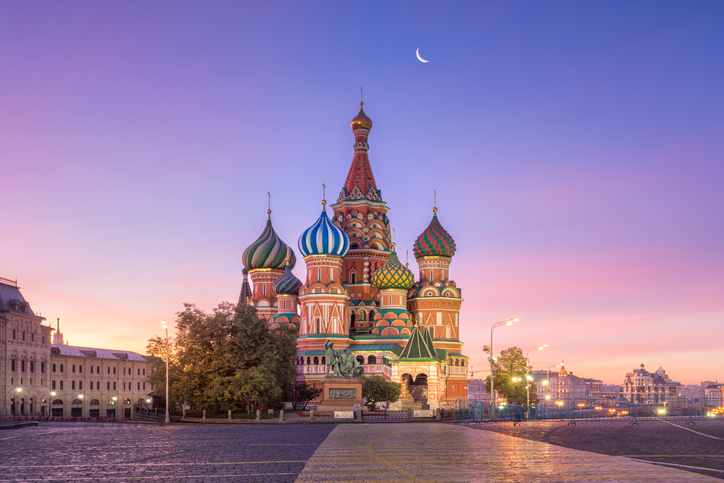