So much of the world is focused on what is happening right now in the Middle East–especially in Iraq. Does the Bible have anything to say about Iraq?


Yes, the Bible has a lot to say about Iraq and its impact on world events in the last days. In fact, the only city mentioned more times in the Bible than Babylon is Jerusalem.

The History Of Babylon Is Intertwined With That Of Israel.


3. Satan made his first recorded appearance in Iraq (Genesis 3: 1).


8. The tower of Babel, which instigated the development of the many languages throughout the earth, was in Iraq (11:7-9).


9. The actual nation of Babylon, which destroyed Jerusalem and took many Jews into captivity in 603–586 BC is present day Iraq (Daniel 1:1-2).


Revelation 18:8-10: Therefore in one day her (Babylon’s) plagues will overtake her: death, mourning and famine. She will be consumed by fire, for mighty is the Lord God who judges her. “When the kings of the earth who committed adultery with her and shared her luxury see the smoke of her burning, they will weep and mourn over her.

Terrified at her torment, they will stand far off and cry: “‘Woe! Woe, O great city, O Babylon, city of power! In one hour your doom has come!’


According to biblical prophecy, Babylon is destroyed just before the return of Christ.


There is much discussion as to the nature of Babylon as portrayed in the book of Revelation. Some look at it as being symbolic of a political-spiritual-economic system that engulfs the world in the final days.


Others consider Babylon to be secret code for the city of Rome.


Some think of Babylon as being the physical, spiritual expression of Rome with New York City being the center of economic Babylon. I find that rather far-fetched.


Then, others identify Babylon as the Roman Catholic Church and the Pope in particular.


No matter how we interpret “Babylon”, the Bible makes it clear that the land of Babylon—not Rome, not the United States, not Germany, not Russia and not China– will be a focal point of all prophecy in the last days.


Literally, Babylon is portrayed in Revelation as an actual place built on the same foundation as ancient Babylon.


Many wonder how this insignificant, out-of-the-way place, could be the Babylon revealed in Revelation. The answer may revolve around oil, the Antichrist, and Satan. Some are calculating that Iraq has larger oil reserves than Saudi Arabia. By 2030 Iraq could be the world’s leading oil producer.


In the last days a Western coalition will defeat the Islamic nations and usher in 42 months of peace and security. At that point, the devastating events of the last three and half years of Great Tribulation will commence.


There is no doubt that Islamic terrorists are doing all they can to secure nuclear weapons. We may be the generation that sees the rise and fall of “Babylon the Great”.


So we watch what goes on with Iraq. It may give us a tip-off that the “Signs Of The Times” are underway.


So, Stacy, I hope that some of these thoughts have stimulated your thinking about the relationship of Iraq and the Bible. 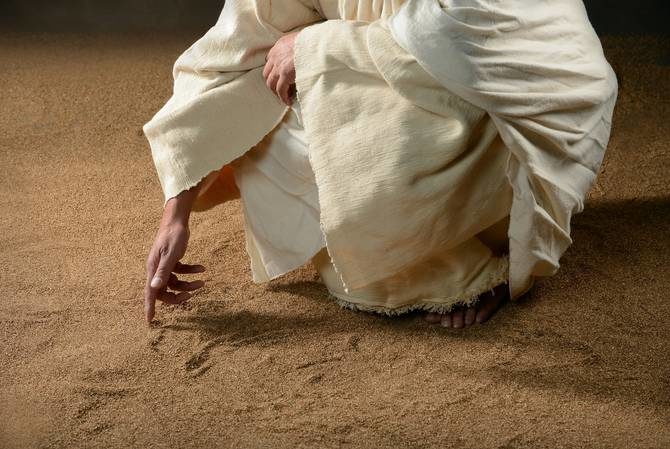