If I Commit a Mortal Sin, Do I Have to Go to Hell?

If I Commit a Mortal Sin, Do I Have to Go to Hell?


If I have a mortal sin on my soul, can I still attend a Sunday mass; will I still receive graces even tough I receive no communion?


The nature of your question seems to indicate that you have a Roman Catholic background.


As best as I can understand, the Roman Catholic Church divides sin into two categories: venial sins are relatively minor; mortal sins are more severe. Venial sins hurt our fellowship with God while mortal sins separate us from God. Theologically, a mortal sin is believed to destroy the life of grace within the person and thus creates the threat of eternal damnation.


Basically, any sin can be either mortal or venial depending on degree. A proper distinction revolves around the concept of love. Mortal sins violate and decimate the love we owe God and others while venial sins are not serious enough to remove the love we have for God and others.


Whether or not a particular sin is mortal or venial depends on several things.


Second, the person must know the sin is serious.


Third, a mortal sin must be a deliberate personal decision to commit the sin.


Mortal sins are called mortal because they result in the “spiritual” death of the soul (separation from God). Those who die without repenting of a mortal sin are separated from God for eternity. Those who turn back to Christ and receive the Sacrament of Penance are restored to a state of grace as sure and certain as the grace that they had before committing the mortal sin.


Receiving forgiveness for a mortal sin involves going to confession, naming the sin, giving details about the context of the sin, who was involved, the number and type of occurrences, and any other factors that may exacerbate or lessen culpability.


Catholics are not allowed to receive communion if they have unconfessed mortal sins.


Venial sins, on the other hand, do not break relationship with God; but, they do hinder it. Venial sins are reparable by love. They do not deprive the one who sins of sanctifying grace, however, they do merit earthly punishment.


Maybe the distinction between moral and venial sins might be expressed like this: Gossip that destroys a person’s reputation might well be a mortal sin. However, gossip about trivial matters is only venially sinful.


Now, Harry, we can proceed to answer your question. According to Roman Catholic theology, you may not attend a Sunday mass and therefore you can’t have saving grace.


My advice to you as a Catholic is to go to confession, repent of your sin and ask for forgiveness. I am certain that you will need to do some acts of penance in order to have the ability to freely attend mass once again. Then, according to Roman Catholic teachings you will once again attain a state of grace.


According to the Bible, I believe that once you receive Christ as your personal savior, you receive from God permanent grace and it can never be taken from you. I believe that gaining forgiveness and a state of grace can occur without ever going to a priest.


You obviously have a broken heart over whatever sin you committed. This alone tells me that you are repentant of the sin and wish you had never done it and really don’t intend to do it again. If that is the case, the Bible says in 1 John 1:9 that if we confess our sin to God, He will forgive our sin and cleanse us from all of the impurities that resulted from our sin.


Paul wrote in Romans 3:23: “All have sinned and fallen short of the glory of God.”


Paul wrote in Romans 6:23: “For the wages of sin is death, but the gift of God is eternal life in Christ Jesus our Lord.” Notice that the gift God gives to us is eternal life. This spiritual life lasts forever. It is eternal; therefore it can’t be taken away from us—no matter what sins we may commit.


Jesus died on the cross to forgive us of our sins. John 1:12 says, “to all who received Jesus God gave the power to become children of God.” By surrendering your life to Christ you have received all the grace you will ever need to one day enter into Heaven and enjoy God forever.


My suggestion is that you confess your mortal sin to God and bask in his free cleansing of your soul. Then go ahead and attend Sunday Mass without feeling guilty. There is no where else God that God would rather you be than in church on Sunday.


Regarding communion, my advice is to feel free to experience it and thank God for the saving sacrifice He made on the cross to forgive our sins.


I hope my thoughts are helpful. 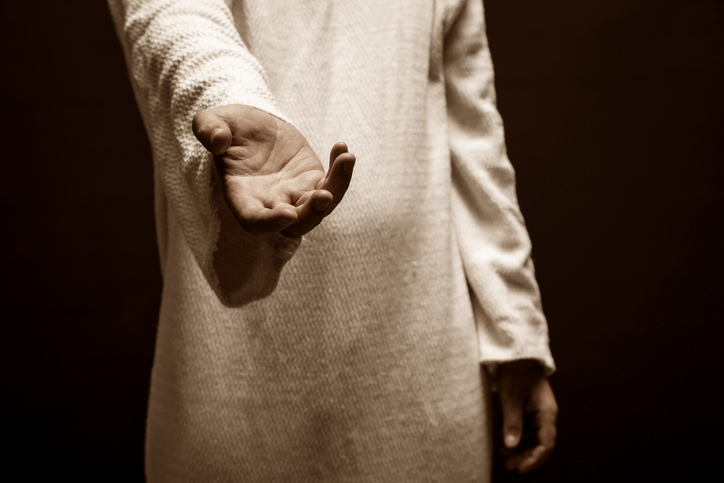