With everything that is taking place in the Mid-East, it is easy to see Bible prophecy playing out right before our eyes. The Bible is clear about what will happen to Jerusalem before God intervenes, and it isn’t pretty. Yet, we are continually encouraged to pray for the peace of Jerusalem. Are our prayers just an exercise in futility or can they actually affect the outcome in that region.


Let me start with the Scriptures pertaining to this subject:

God tells us to pray for the peace of Jerusalem in Psalm 122:6-9: “Pray for the peace of Jerusalem: ‘May those who love you be secure. May there be peace within your walls and security within your citadels.’ For the sake of my brothers and friends, I will say, ‘Peace be within you.’ For the sake of the house of the LORD our God, I will seek your prosperity.” From this passage, we see that praying for peace and good to come to God’s holy city benefits those who pray. God promised blessings on those who bless Israel and curses on those who curse her (Genesis 12:3), and since Jerusalem is depicted as the center of Jewish life, it follows that those who pray for her peace and security will be granted peace themselves.

Praying for the peace of Jerusalem is most appropriate for a city whose name literally means “peaceful” and which is the residence of the God of peace. The phrase “peace be upon Israel” is found also at the end of Psalm 125:5 and 128:6, indicating that it was a common farewell blessing. Further, Jerusalem will be the scene of Christ’s return (Acts 1:11; Zechariah 14:4), and at that time He will establish permanent peace with its walls. All Christians should be eagerly awaiting His return and praying for the time when the Prince of Peace will reign in Jerusalem.

Jesus also said that we should be peacemakers, which would include praying for peace. “Blessed are the peacemakers, for they shall be called sons of God” (Matthew 5:9). And we are commanded to do our best to live at peace with others. “If possible, so far as it depends on you, be at peace with all men” (Romans 12:18). So, God wants us to seek peace among all people, and that would include praying for peace in Jerusalem, especially because of its special place in His heart.


In my opinion, the reason that attacks on the US in the Middle East is important is because the only nation willing to stand by Israel militarily and politically is the United States. Who would have ever thought we would take a stand to place our embassy back in Jerusalem.  The United States has always politically controlled what Israel can and can’t do on the world scene. Israel is always front page news on the world scene.

Israel is not peaceful today. Threats arrive from numerous quarters.

In the midst of all of this confusion, the Bible speaks. We are encouraged to pray for the peace of Jerusalem!

In historical context, many enslaved Jews have returned home to Jerusalem after 70 years of captivity in Babylon. nehemiah has rebuilt the wall to bring some sort of security to their ancestral home. Ezra and others soon commenced rebuilding the Temple. All is peaceful and well in the city of Jerusalem and the people want it to stay that way. So, they are encouraged to pray for peace to continue unabated.


Pray for the peace of Jerusalem:

May those who love you be secure.

May there be peace within your walls

and security within your citadels.”

For the sake of my brothers and friends,

I will say, “Peace be within you.”

For the sake of the house of the LORD our God,


Unfortunately, the peace did not last long. Jerusalem has been a battle ground ever since the Jewish return from Babylon. The number of foreign occupations and merciless battles for control of Jerusalem is staggering: decimation by Antiochus Epiphanies (200-175 B.C.); total annihilation by the Romans (70 A.D.);multiple Moslem invasions (700-1000 A.D.); the three-fold-European Crusader waves of invasion (1000-1200 A.D.)—just to mention a few.


The current, ongoing wars between the Arab nations and Israel began in 1917 when the British took control of Palestine. In 1948 A.D. the Balfour Declaration ended British occupation and immediately the Israeli war of independence flared. Divine miracles from the hand of God alone culminated in Israel becoming a sovereign nation.


But the hostilities were far from over. The 1967 Six-Day War, the Yom Kippur War and the present-day battles with Hezbollah will pale in comparison when all hell breaks loose with the unveiling of the Anti-Christ.


How tragic that what may well be the holiest for three major religions is a battle ground and will continue to be so until the Seconding Coming of Jesus Christ!


So why pray—because prayer can change things! Prayer often works like a safety deposit box at the bank which requires two keys to open it. The bank has a key and the bank depositor has a key. When both keys are turned simultaneously the box will open. Answered prayer often occurs when God’s key (His will for a particular situation) combines with the bank depositor’s key (his/her prayers). Our prayers plus His will blend powerfully. So we pray.


I am convinced that much of what Jesus intends to accomplish on earth never occurs because we never put “our keys in the box” by prayer. After all, James said, “You have not because you ask not.”


Who knows how much more destruction and how many more battles might have been avoided if only we Christians and Jews had prayed.

Therefore, praying for the peace of Jerusalem is not futile.


So, we pray for the present peace of Jerusalem—knowing that our prayers can make a difference—even though we know that as prophecy is fulfilled Jerusalem will become the final-battle ground.


Well, Gary, I hope this helps in some ways to answer your question. 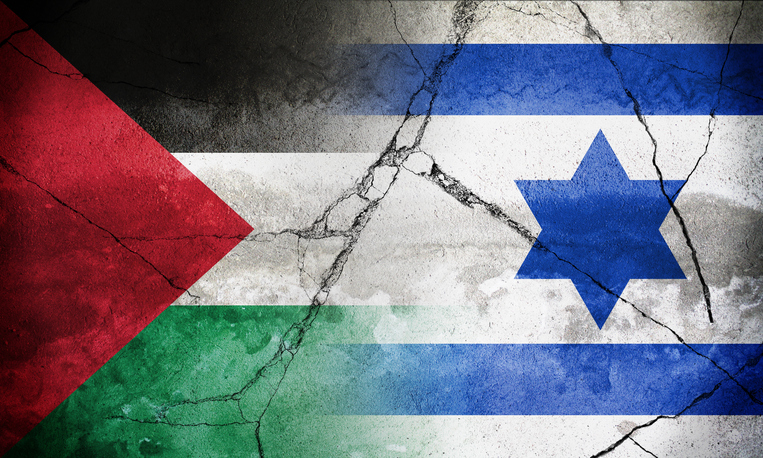