Why Men Hit Their Wives

Why Men Hit Their Wives

Men who abuse their wives are usually passive and dependent individuals. They find it difficult to express emotions and to deal with anger in nonviolent ways. Often, they did not have a close relationship with their mother. They may never have formed a close, warm, intimate relationship with a woman at all. Men who abuse their spouses often have low self-esteem and their wives do as well. Power and control are also essential features in the dynamics of spouse abuse.

A wife abuser tends to be filled with anger, resentment, suspicion, tension and fear. Often the husband may simply be displacing his anger about his situation or circumstances onto his wife. He is, in essence, using her as a vent for the frustrations of his life. He believes that home is one place where he can express those feelings without punishment to himself. For instance, anger with his boss couldn’t be acted upon without dire circumstances. Yet, all too often he gets away without penalty when he beats his wife. She becomes the target of his vengeance, and he gets the satisfaction he is looking for.

2. He blames circumstances for his problems and does not assume personal responsibility for his actions.

3. He is pathologically jealous, and often exhibits a dual personality.

4. He has severe stress reactions, during which he uses drinking and wife-battering to cope.

5. He frequently uses sex as an act of aggression to enhance his self-esteem in view of waning virility.

7. Abusive husbands are chameleons. They say they will change and will not hit again. They play on their wives’ guilt (If you loved me, you would….)

8. Outwardly, the abuser may seem charming, gregarious and even gentle to family members. But beneath the surface they dislike women and believe that “a woman’s place is in the home and that men have the right to control women.”

9. They often witnessed abuse in their home growing up, and frequently abuse their children as well.

10. They isolate the family. Isolation from family and friends is a key goal for the abuser because it forces the victim into total submission. “Your family causes too much trouble for us. I don’t want you seeing them anymore.”

Most women suffer these attacks for years before they finally determine to take steps to keep from being victims or further abuse. The first step for a woman to take is to admit to herself that she is being abused and that she is not being treated fairly. She has the right to feel safe from physical harm, especially in her own home. No one, including a husband, has the right to hurt another individual. In addition, abused women need to work on their self-image with a trusted counselor or pastor in order to develop better feelings about themselves.

In her book Stopping Wife Abuse, Jennifer Baker Felming says the following attitudes are positive and useful. God’s Word tells us we are loved and valued by Him, but the abused wife often believes lies and is deceived by Satan.

Here are some truths to bring emotional healing to the battered wife.

She is not to blame for being beaten and abused. She is not the cause of another’s behavior.

She does not, I repeat, does not have to take it.

She is a worthy woman, precious to God, and deserves to be treated with respect. She does have Divine power to take charge of her life. She can use that power and the grace of God to take care of herself, to decide what is best for her and her children, and can make changes in her life.

She is never alone. Jesus promised not to leave her or forsake her.

Dear wife, you can ask others for help. The Body of Christ and Christian counselors are ready and waiting to help and support you. Emergency shelters for women, hotlines, women’s organizations, social service agencies, community mental health centers and hospital emergency rooms are all safe places for shelter. You deserve to make your own life safe and happy, and can hold hope for the future.

“For your Maker is you husband—the LORD Almighty is His name. The Holy One of Israel is your Redeemer; He is called the God of all the earth.” Isaiah 54:5 NIV

Vining, John Kie. When Home Is Where the Hurt Is: A Ministry Intervention Guide for Trauma Victims.  Family Ministry Publications, pp. 73-78. 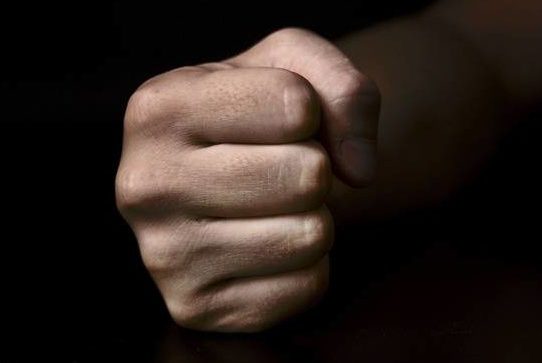