Angels are spiritual beings, usually invisible, although they can take on human forms. We learn in Isaiah 6 and Ezekiel 10 there are different types of angels.  Angels serve as messengers.  Angels serve as protectors.  And you don’t know when you might encounter one.  But they are not to be prayed to.


Hebrews 13:2 reads: “Do not forget to entertain strangers, for by doing so some people have entertained angels without knowing it.”


Twenty-two years ago the Southeast Church bus was out in the middle of nowhere on the WK Parkway, bringing about 25 kids back from church camp.  That night the steering column malfunctioned and the bus was going about 60 mph when it wrecked in a ditch.  About five or six kids had to be taken to the hospital but fortunately there were no life-threatening injuries.


But right after the wreck, there was a man who helped the kids get out of the bus and tried to comfort them and encourage them during those frightening moments while some were still in shock.  Later, as they compared notes, they realized that many of them had the same story: they had come in contact with this same calming and helpful man (he was wearing a cap), but what was strange to those who had been comforted by him, was that no one saw him come on the scene, nor did anyone see him leave.  At that stage, when it initially happened out in the middle of nowhere, there was no other vehicle on the scene as he helped the kids off of the bus.  Now was that an angel?  Could be…or it could have been a very unusual coincidence when that exact moment a man was out walking along the edge of acres of farmland with no house in sight.


Matthew 18:10 is where the concept of guardian angels for kids originated. Jesus says: “See that you do not look down on one of these little ones.  For I tell you that their angels in heaven always see the face of my Father in heaven.”


These angels aren’t to be prayed to—only God is worthy of our prayers.  And while I would guess that most of those are unseen beings, obviously some are visible or else the Hebrew writer wouldn’t say that, at times, we’ve been unaware that we have been socializing and greeting angels.


Evidently, angel appearances are quite rare.  Throughout the entire time period of the Bible, spanning some thousands of years, an angel appears only a dozen times or so.  So on Monday don’t expect a divine apparition to show up at your cubicle!


Angels typically were delivering some type of a message.  They are trying to convey God’s plan for a situation in which they find themselves.  At Christmas, we see angels everywhere—on front lawns, in nativity sets, in children’s plays, and in malls (though you probably won’t see a lot of angels in the parking lots of malls!), but you will see figurines.  Here’s what I’m hoping…I’m hoping that whenever you see an angel you will immediately think: God is at work—unfolding His plan.


We look at life as though we’re looking at the backside of a tapestry.  Every thread looks jumbled up and it has no meaning.  But God sees our lives from the correct side – the eternal side – and from his vantage point every thread has a purpose.  The tapestry was woven together so that when it was completed, from one side it would make sense and it would be beautiful.


Throughout Biblical times and even today there are plenty of moments when we aren’t sure why things happen the way they do.  In some of those rare occurrences God allowed angels to clarify His plan to help with the process.  You see, angels are images of providence. 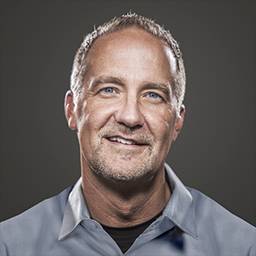 Dave Stone just retired as Senior Minister of Southeast Christian Church in Louisville, Kentucky where he preached the Truth to over 22,000 people each weekend. In 1983, Stone graduated from Cincinnati Christian University, where he earned a bachelor’s degree in Christian ministries. While pursuing studies in ministry, he developed a passion for connecting with young people and their families. In 1981, Stone became youth minister for Shively Christian Church in Louisville, Kentucky, where he held that post until 1985. From 1985-89, Stone assume the role of Director of Recruitment at Cincinnati Christian University, setting record-breaking enrollment number for the university. In their mission to connect people to Jesus and one another, Southeast Christian Church has grown into a unified multisite community located in the Greater Louisville/Southern Indiana region. They have multiple campuses serving the specific needs of the areas in which they are located, while receiving centralized leadership and teaching from the campus on Blankenbaker Parkway. Dave believes the most practical way to spread the gospel is through moms and dads who model a genuine faith for their children. He enjoys spending time with his wife, Beth, and his three children: Savannah, Sadie and Sam, along with his son-in-law, Patrick Garcia. He enjoys an occasional round of golf, competition of any sort, and reaching the lost. He will touch both your heart and your funny bone.