What is the One Thing I Would Change in My Marriage?

What is the One Thing I Would Change in My Marriage?

Recently, John and I did a joint question-and-answer session on marriage. As the session closed, this big question came up. “After more than thirty years of marriage is there anything that you would have done differently?” This one fell to me to answer. I took a deep breath and confessed, “I would have allowed John the right to make more mistakes, and I would have loved him more fearlessly.”

It was as though a ripple traveled through the crowd. From where I sat I saw men and women hurriedly wipe away tears; there were many deep sighs and silent nods. Fear is the greatest rival of love…equal in intensity and deadly in its capacity to corrupt.

I lived in fear and shamed him as he struggled to get free with little or no support from me. This was not approached as our challenge…it was his. Part of the reason I did not help was because I was beginning to feel the weight of my own past bear down on me and consequently believed I didn’t deserve any better than what I was experiencing. On some level judging him made me feel safe. If he didn’t change, I didn’t have to forgive him.

One night, in all of my anger and brokenness, I cried out to God, “I will forgive him when he changes.”

As far as I was concerned, all trust was broken between John and me, and I didn’t want to be disappointed yet again. God answered my declaration with a question:

“Good. I need you to forgive John so he can change.”

He even gave me the words to say: “I believe you want to change and I forgive you.”

This was in stark contrast to my normal script, which read, “I will believe you are sorry when you change.”

This way of thinking was so far removed from anything I had known that I knew it was God leading me. When I extended this unconditional mercy to John, the healing began for both of us. He was able to move out of the darkness of shame and into the light, where he found freedom from his bondage. This shift in perspective was a turning point. I could trust the unchangeable God.

Fearless love is not based on the performance of a person but on the loving faithfulness of God. When I confess my sins and struggles to the Father in Jesus’s name, I am never shamed. He believes my future will be better.

God is love. Love is eternal. Love never fails. Nothing entrusted to love is ever lost, and nothing birthed out of love well ever die. But there are some places that love does not grow; love cannot flourish in the company of its rival, fear. Fear has an end—actually, fear is a dead end. Fear is an ungodly spirit that leads to torment. Fear advises from its seat in the shadow of doubt, while love draws its wisdom from the light of faith. If you heed the counsel of fear for too long, you will fail.

Perhaps you’ve struggled to love those around you despite their shortcomings. If you’re like me, it can sometimes be a struggle to give love until you see change. But I want to encourage you to give love before it’s deserved or warranted. It is only when we embrace God’s fearless, undeserved, unfathomable love for us that we are changed—and it is only when we extend this fearless love to others that we give them room to do the same. Beloved, embrace the unrivaled love of God and watch your world transform around you. 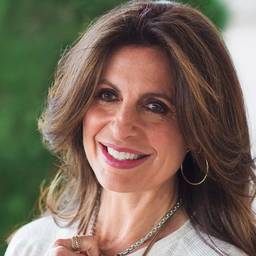