The Aftermath: How To Comfort a Woman Who Has Had an Abortion

The Aftermath: How To Comfort a Woman Who Has Had an Abortion

A woman, in order to abort her unborn child, must overcome her instinctual impulse to attend to the baby’s helplessness. Even a woman who has undergone several abortions, upon seeing her limp fetus, experiences a profound psychological shock that can produce emotional trauma or illness.

Our society has multitudes of would-be mothers who are suffering the grief and emotional ordeal of having an abortion. The abortion industry makes $500 million a year in the United States, and an estimated $10 billion a year worldwide. As pastors and concerned Christians, we must not only be proactive about preventing abortions, we must compassionately help the women who have had an abortion to recover from the trauma and find forgiveness and healing.


Recent evidence indicates many women harbor strong guilt feelings long after their abortions. Some women felt that they were carrying out the unconscious wishes of their rejection mothers who had not wanted their own birth and had in many cases, actually tried to prevent it. After five or ten years, fifty-four percent of mothers choosing abortion had nightmares and ninety-six percent felt they had taken a human life. Eighty percent of post-abortive women express self-hatred, and forty-nine percent begin or increase drug use. Fourteen percent describe themselves as becoming an addict or alcoholic. Sixty percent admit contemplating suicide, and twenty-eight percent actually attempted suicide.


Pastors, counselors and lay people can lead women who have had an abortion to experience the totality of God’s love for them and to accept the forgiveness of Jesus Christ and of themselves. The Church can be a place of healing and a refuge for all-the women and their families-touched by the devastation of abortion. Fear of rejection, shame and denial will keep women in isolation and pain if they do not feel that they can share their pain. There is the danger of preaching against abortion in a way that further isolated those affected by the trauma. Women (girls) who are newly converted or were pressured into making a decision that they later regretted are in need of pastoral care. Jesus has promised to heal and restore those who have found themselves in guilt, sin and despair.


Often, years after a woman has had an abortion, she will begin to feel remorse and pain from this event. There was a remedy for guilt in the Old Testament with the giving of a guilt offering, and there was the ultimate remedy in the New Testament by the giving of the Son of God as a sacrifice for our sin. Paul penned these words: “the wages of sin is death…” (Romans 6:23)


God does not intend that we remain under the curse of guilt. It is easier for one to focus on their sin rather than the one who can take away their sin. Guilt feelings and personal behavior must be evaluated in terms of the teachings of Scripture. People must examine themselves according to the teachings of Scripture and not by their own unattainable standards. King David was free from guilt and was able to implore of the Lord to examine his life. (Psalm 26:2).


Releasing guilt is not instantaneous. It is a process. Simplistic responses like “just trust in the Lord” or “leave it in His hands” don’t give the individual permission to grieve or find emotional healing. There is much work that one must do to help move an abortion victim toward acceptance and wholeness. Feelings must be processed and unhealthy behaviors must be “unlearned.” The goal is to help the hurting woman to forgive herself, to forgive others, to seek forgiveness from others and to receive forgiveness from God.


Grief is a process that must not be short-circuited. Regardless of the loss of a child, whether the baby is miscarried, still born or aborted, the mother will still pass through the stages of grief. Denial, anger, sadness and acceptance are stages that every grieving person faces.


Often the first reaction to an unplanned pregnancy is “This can’t be happening to me.” Some women feel numb or dazed on the day of the abortion. Women are often surprised to find themselves crying later. Feelings of shock, denial or delayed sadness are a natural way of protecting oneself from being overwhelmed by too many emotions all at once.


It’s natural to feel angry or irritable. Some women find themselves snapping at family members. Some women feel angry at themselves, at pregnant women or women with small children. Circumstances seem to have cheated them, and anger is a natural response.


Remember that a relationship cannot be healed if one is dishonest about feelings. Too often women are taught that forgiveness means overlooking hurtful behavior. Bottling up angry feelings can cause stress. If there is difficulty expressing angry feelings, a book on assertiveness will help them express their feeling without harming themselves.


Sadness is the emotion that is most often associated with grief. Remember that because abortion can represent a real loss in one’s life, it is natural to cry and feel sad. One of the most common mistakes people might make is to minimize the pain. Many people are uncomfortable with expression of grief, and that is why they try to “fix” one’s feelings too quickly or gloss over how much one is hurting. Support from the church helps many to cope with the grieving process. Shedding tears and talking over sad feelings with others are therapeutic activities. Friends, spouses, prayer, self-help groups and therapists are all potential sources of environmental support. Help them find a support group with those who have gone through a similar experience.


Some women benefit by having a memorial service for the pregnancy. Others create a memorial by doing something important or special for themselves or others, something they might not have done if the pregnancy had continued. This can help give the abortion experience meaning and closure.


Finally, one might begin to think about the abortion less and less. When this occurs, the feelings are less painful. One has not forgotten about the abortion, but they are simply ready to move on. Acceptance is not forgetting about the experience, but it is coming to the place where one has forgiven themselves and others and has accepted the peace that is available from God.


Vining, John Kie. When Home Is Where The Hurt Is: A Ministry Intervention Guide for Trauma Victims. Nashville: Family Ministries, pp. 232-252. 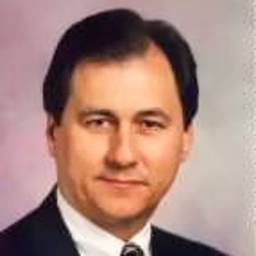