The reality is that, from 1973 – 2015, 55 million babies were aborted in the United States alone. The majority of these abortions were performed for convenience, not because of a medical emergency. This is more lives lost than the Holocaust of World War II. More than the communist regime of Stalin in the former Soviet Union. This is a terrifyingly huge number, and it’s not even a worldwide number; we’re only talking about the U.S. here.

The reality is that, with a number like this, it would be naive to think this issue isn’t present here in the church we pastor—but it most certainly is.

Sin reaches everywhere. Consider some of the most lauded men of the Bible: Moses, David, Paul—these guys are famous even in the secular world. David was called a man after God’s heart (Acts 13:22). Yet he committed adultery and had a man killed to hide it. Moses killed a man with his bare hands. Paul, when he was still Saul of Tarsus, fiercely persecuted Christians like an ISIS commander. And even still, God used these men in mighty ways.

Psalm 139 is perhaps the quintessential text for discussing the sanctity of life. In this psalm, David (that adulterous, murderous man after God’s heart), praises God for his creation in the womb. Theologically, this leaves no doubt that the child in the womb is a human being, with days ahead of him already marked out by God (Ps. 139:13-16). God is deeply and actively involved in our creation. Theologically, life begins at conception.

However, this is not the big theology versus science debate some people tend to believe. The facts are not really disputed: At conception, a new DNA strand is created that is distinct from mom’s and dad’s, a new human life. At eight weeks in the womb, a baby feels and reacts to pain and has all of the organs necessary to support life. Yet, it is legal to end this life.

Interestingly, it is only legal under certain circumstances. If a woman is in the car on the way to get an abortion and a drunk driver hits her, causing her to lose the baby, that driver can be charged with involuntary manslaughter. That indicates that the unborn child is, indeed, human. However, you’re well within your rights to drive to that abortion clinic and end the life of your baby with no legal consequences. Our legal system does not make sense on this issue.

I used to think that science would solve this argument for us—but it hasn’t. The vital question is no longer, “When does life begin?” It is now, “When does the soul show up?” This question is not scientific, but moral and theological, and this is why we as Christians must be involved in the issue and actively pro-life.

Rape in a Throwaway Culture

Another question that often comes up in these discussions is that of children conceived by rape. Rape is a serious, tragic and horrific issue, and compassion and care for victims of rape is essential, but the child who was conceived and the murder of that child cannot be the price that is paid for someone else’s heinous act. And in truth, a very small percentage of abortions fit into this category, and the reality of rape doesn’t justify the widespread allowance of abortion.

We are living in a throwaway culture that exalts the autonomous self. Think about your parents’ or grandparents’ generation, and consider how people used to repair more often than simply replace. Rarely do you see a patched pair of jeans anymore. When something tears or breaks, it gets thrown away, and you buy something new. This is the way the current culture tries to solve its problems.

Sadly, this has fed the abortion culture, allowing the baby in the womb to be seen as a problem that needs to be solved, something that can simply be thrown away. Unfortunately, women and men who experience rape often feel unjustified guilt and shame. We want to come alongside them to help them heal. Encouraging abortion is ultimately only adding to their pain.

Our first response to anything, as Christians, should be prayer. We must pray that God ends the injustice of abortion. We must pray for forgiveness for our role, whether we’ve had an abortion or been indifferent toward the issue. We must pray that those in power would be convicted to change things. Prayer is a powerful tool that we must not take lightly or forget about.

After praying, we must also participate. There are many ways to take action on these prayers. You can write to your representative, clearly and respectfully, laying out why abortion in this country must stop. Take advantage of your American citizenship; not everyone has the same ability to participate in government the way we do.

Get involved in ministries that serve women in crisis pregnancies. For example, Involved for Life runs two pregnancy centers and a mobile sonogram unit in the Dallas area, and YoungLives reaches out to teen mothers. Online for Life has a mobile app that will send you prayer requests and updates in real time.

As the Church, we must not say of abortion, “This is murder,” without saying to pregnant women, “We will serve you.” If we’re doing the former without the latter, we aren’t truly understanding the gospel. We must listen, love, foster, adopt, give money, babysit, donate supplies, mentor young women and support in whatever ways God has equipped us.

Here is the truth: Abortion is murder. And here in our church, there are murderers among us. Maybe you’ve had an abortion. Maybe you’ve funded an abortion, encouraged or coerced someone down that road. You’ve participated in the murder of a human being.

But here is another truth, one with tremendous promise: Where sin abounds, grace abounds all the more. This sin has not disqualified you from the kingdom of God. His grace, mercy and forgiveness are bigger than your sin. Lean into Him as you value every human life. 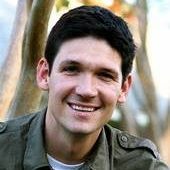 Matt Chandler was born near Seattle and, due to growing up with a father in the military, moved several times before settling in the Houston area. He attended church during his childhood and adolescence but did not truly know and follow Jesus until the age of 17. God used Matt’s love for football to link his path with another teammate, Jeff Faircloth, placing their lockers directly next to each other. Jeff approached Matt one day after practice and announced that they were going to have a conversation about Jesus, but Matt could choose when the conversation took place. Matt became intrigued. Over time, God began to break down the walls. Matt researched and studied, trying to find reasons why he didn’t have to believe and didn’t have to submit to Jesus Christ. But in the middle of Matt’s doubts and intellectual barriers, Jesus rescued him and captivated his heart. Matt went on to serve as the youth pastor of a small church near Houston before attending Hardin-Simmons University in Abilene, Texas, where he received a bachelor's degree in Bible. While at Hardin-Simmons, Matt became the teacher of an inter-denominational Bible study for college students. He also served on staff at Beltway Park Church. After several years in Abilene, Matt moved to Dallas but continued his itinerant speaking ministry.

Matt’s hope is that we would know and worship the triune God rightly, that both our minds and hearts would be full of and shaped by Him.

In 2002, Matt became the lead teaching pastor of Highland Village First Baptist Church, now known as The Village Church. In 1999, he married his wife, Lauren. They have three children: Audrey, Reid and Norah. On Thanksgiving 2009, Matt suffered a seizure in his living room. He was rushed to a hospital where an MRI revealed a golf ball-size mass in his right frontal lobe. Once the tumor was removed, he was diagnosed with anaplastic, or malignant, non-encapsulated oligodendroglioma, WHO grade three. After undergoing 18 months of radiation and chemo, Matt was given a clean bill of health. He continues to receive regular MRI scans to monitor his progress. God has been unbelievably gracious and merciful throughout this story, using it—especially Matt's health updates—to encourage The Village and others around the world. In 2012, Matt became the president of Acts 29, a network of churches planting churches. He brought a fresh vision to the organization, mapping out four specific hopes for its future—plant churches who plant churches, be known for holiness and humility, become radically diverse and be serious about evangelism and conversion. Matt has authored three books, with a fourth on the way.
VISIT PAGE