A Jewish Look at Smyrna’s Synagogue of Satan

A Jewish Look at Smyrna’s Synagogue of Satan

8 “To the angel of the church in Smyrna write the following: “Thus says the one who is the first and the last, the one who was dead, but came to life: 9 ‘I know the distress you are suffering and your poverty (but you are rich).


The city of Smyrna was one of the three cities in Asia Minor who competed for the status of being the greatest city of the region along with Ephesus and Pergamum. The name of the city itself simply meant myrrh – expensive fragrance, because in the ancient times this was the chief expert of the city. Smyrna just like Ephesus was a coastal city perfectly positioned for accumulating enormous wealth because of its port and central location on trade route connecting all other cities of the Roman province of Asia Minor. Out of all seven cities mentioned in Revelation only Smyrna survives today as an inhabited city. It is called Izmir and it is located in the West of modern Turkey. The city was founded twice. Once it around as a Greek colony in Western Anatolia (around 1100 BCE) and after its total destruction was once again returned to life and habitation under the regional administration of Alexander the Great (4th century BCE). Perhaps, it is because of this known history of Smyrna as being dying and coming back to life that Jesus in his message to the messenger in Smyrna highlighted this particular aspect of his own life: He was also dead and came back to life.


In a series of statements regarding Jesus’ personal knowledge of the perilous situation of his followers believers in the city of Smyrna, the Heavenly Priest, who is able to sympathize assures the congregation in Smyrna that the suffering and financial difficulties of this community is known and understood by him well. Yet Jesus tells the people experiencing social and, therefore, economic sanctions/isolation from prosperous Jewish and Pagan communities of Smyrna that in all reality they are rich. This idea of “things are not what they seem” will reappear many times throughout the book of revelation.


The second affirmation of Christ’s intimate acquaintance with the difficulties of Jewish and God-fearing followers of the Way had to do with a slander against them. Slander is a criminal action of making a false usually a spoken statement damaging to a person’s or group of persons’ reputation. This section is extremely important in order for us not to swerve from the road we are currently on – rereading the Letter of Revelation as a Jewish Christ-following document. Here too again the standard theory preconditions/forces the reader to think by the later categories while reading first century texts. The traditional theory goes something like this:


The Christian Church at Smyrna suffered at the hands of the Jews. The Jews thought they were the people of God but were actually they were self-deceived representatives of Satan. Christians were now the People of God just as Jews once were. Why are were these people said not to be the Jews then? It is simple, the traditional theory posits – They were Jews by race and religion only. But they were not spiritual children of Abraham. Paul made the point in his writings that: “A man is a Jew if he is one inwardly; and circumcision is circumcision of the heart, by the Spirit” (Rom.2:29). The Christian Church now was the Israel of God, the “true circumcision” and “the true Jews”, who worshiped God through Christ Jesus.


But there are all kinds of misconceptions and anachronisms that are present in this common and usually unchallenged reconstruction of what took place in the City of Smyrna. This reconstruction that I sought to briefly present above is usually offered together with a story of martyrdom of great man of God Polycarp (bishop of Smyrna), disciple the Apostle John. When he was offered life in exchange for a public denial of Jesus and acceptance of Roman Emperor as Lord he uttered now his iconic words: “Eighty and six years have I served Him, and He has never done me wrong; how, then, can I blaspheme my King and my Saviour!”


The story of Polycarp’s Martyrdom, though being one of the greatest stories that inspired millions of Christians for the greater commitment to the Lord, may not be historical at some very important points. The earliest manuscripts of Polycarp’s Martyrdom are dated to the tenth century CE and come across as full of inspirational Christian interpellations. This becomes clear when the story in Martyrdom of Polycarp is compared to the account as told by Eusebius in his Church History written in the fifth century CE. The differences are considerable. There are other issues like literary parallels with the passion of Christ that are doubtfully coincidental. Moreover, by the fifth century CE the Christ-followers have already developed what can be called Historic Non-Jewish (and often-times anti-Jewish) Christianity and therefore it is doubtful that documents coming from under the feather of fifth century Christian historians such as Eusebius can be trusted completely, especially when they involve the Jews.


My point here is not that nothing in Eusebius’ account of the Martyrdom of Polycarp is true. But that simply we do not have ideologically independent and reliable sources to establish the details of Martyrdom, especially involving the Jews of the city of Smyrna, claiming that they led the way and encouraged the murder of St. Polycarp.


The accuracy of Eusebius’s account have often been called into question many times both today and in the ancient times. For example, in the 5th century, the Christian historian Socrates Scholasticus described Eusebius as writing for “rhetorical finish” and for the “praises of the Emperor” rather than the “accurate statement of facts.” (Socrates Scholasticus, Church History, Book 1.1)  The so-called historical methods of Eusebius were criticized by many modern scholars, which show that at least his chronology was something between an exact science and an instrument of propaganda.


My suggestion, therefore, is to leave the story of the dating and the authenticity of these materials to the scholars of later periods and not to allow those accounts of Polycarp (whether they are true, false or only partially so) to influence our reading of a much earlier text of Revelation. We need to be able to read the Letter of Revelation as a first century literary work without borrowed insights and inspiration from later often-times anti-Jewish theology.


… and really are not, but are a synagogue of Satan.


The translation choice of the overwhelming majority of Christian translations of the Book of Revelation for the Greek is a synagogue of Satan. This a perfect example of inconsistent and clearly anti-Jewish (though most of the time without any malicious intent) translation. By inconsistency I mean that in the cases when the word synagogue is positive or neutral in meaning it is translated as a “congregation” or as “assembly” (James 2:2 “For if a man comes into your assembly with a gold ring and dressed in fine clothes…”), but in the cases that it is negative like in this case it is translated not as congregation or assembly of Satan – something that in modern minds evokes strictly Jewish (vs. non-Jewish) affiliation – “the synagogue”.


If we read this text as is normally done in the context of Christian Polycarp being practically murdered in the mid-second century by the Jews. We will not be able to see any other interpretive options here at all.


We would actually, as our interpretations of this normally do, have to disagree with what Jesus may be saying. Jesus says that those who slander his followers in Smyrna were dishonest about their Judean affiliation. They were actually not Jews. They only pretended doing so.

One way to look at it is as we discussed before. That is these people are Jews in ethnicity and religion only, but not really in their hearts. But what if Jesus was right literally?! What if these people slandering the Jewish believers in Jesus and those who joined them in following the Jewish Christ were not Judeans/Jews at all? What if they were recent converts to the Judean life-style package from the Romans – a well-known and problematic phenomena in the Roman Empire?  Incidentally, the utter religious zeal is very much characteristic of a religious convert.


A Greco-Roman writer Epictetus who was a Stoic Philosopher residing in Asia Minor at the time of the composition of the Book of Revelation wrote the following: “Why, then do you call yourself a Stoic, why do you deceive the multitude, why do you act the part of a Judean, when you are a Greek? Do you not how each person is called a Judean, a Syrian, or an Egyptian? And when we see someone vacillating, we are accustomed to say, “He is not a Judean, but he is just pretending.” But when he takes up the state of mind of one who has been baptized and made a choice, then he is a Judean in both reality and name. So also we are falsely baptized, Judeans in word, but indeed something else, not in harmony with reason, far from applying the principles we profess, yet priding ourselves for being people who know them (Dissertations 2.9.19-21 = Stern no. 254).” 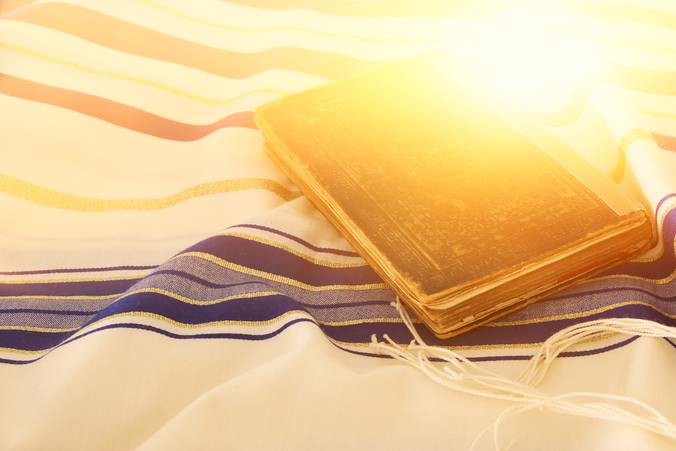