13 Reasons People Are Resistant to Change

13 Reasons People Are Resistant to Change

And — if you’re honest — you’ve already thought about backing off.

You’ve heard the voices of opposition get a little louder.

You really don’t want to be afraid to open your inbox every morning.

But what if this is true?

And it doesn’t need to be quite that mysterious.

Here’s what I believe about change: Change involves common human dynamics, and the dynamics can be learned. There are facts about change that, frankly, too many leaders miss. Discover them, and change becomes much easier to navigate.

In my book about leading change while facing opposition, I outline the learned dynamics of change that I hope can help every leader.

I’m passionate about change because I’ve lived through it and can vouch for the fact that change is more than possible.

I’m also passionate because if the church (and other organizations) are going to reach their potential, change isn’t optional, it’s necessary.

So, if you’re navigating change, here’s a short cheat sheet of 13 key principles that I hope will help you maintain clear thinking amidst the sea of emotions that leading change brings.

Everybody’s in favor of their ideas, but most organizational change is driven by the ideas fostered by a leader or a leadership team. That’s simply the way leadership operates.

When you float an idea, there’s often initial resistance from people who didn’t think of the idea or who weren’t involved in the process. That resistance isn’t fatal though.

How do you know you have a good idea? Like a fine wine, good ideas get better with time. Bad ideas get worse.

2. Change is hard because people crave what they already like

You have never craved a food you haven’t tried, and change operates on a similar dynamic.

Your people want what they’ve seen because people never crave what they haven’t seen.

That’s why vision is so key – you need to paint a clear enough picture that people begin to crave a future they haven’t yet lived.

3. Leaders crave change more than most people do because they’re leaders

The reason leaders love change more than most people is because they’re leaders.

Your passion level is always going to be naturally and appropriately higher than most people when it comes to change. Just know that’s how you’re wired and don’t get discouraged too quickly if your passion for change is higher than others.

You’re the leader. That’s your job.

4. Most of the disagreement around change happens at the strategy level

It’s one thing to agree that you passionately love God, it’s another to create a dynamic church that unchurched people flock to.

One depends on vision; the other is a re-engineering around a common strategy. When people are aligned around a common mission, vision and strategy, so much more becomes possible.

5. Usually no more than 10% of the people you lead are opposed to change

Most leaders are shocked when they hear that only about 10% of their church or team is opposed to change at any time. Almost all swear it’s higher.

But usually, it’s not.

When I’ve challenged leaders to write down the actual names of people who are opposed to what they’re proposing, most are hard pressed to write down more than a dozen or so. And often, that’s even less than 10%.

It may feel like 50% of the people you lead are opposed to change, but that’s almost never true.

The question, of course, then becomes this: Are you going to sacrifice the future of 90% of people you lead because of the discontent of 10%?

I dissect the 10% rule in detail in my book, Leading Change Without Losing It. (I promise you it’s good news for leaders.)

6. Loud does not equal large

So why do the 10% feel bigger than they are?

Because they’re loud. Conversely, the proponents of change are usually quieter, even respectful.

Just because the opponents of change are loud doesn’t mean they’re a large group. The most opposed people make the most noise.

Don’t make the mistake most leaders make when they assume large equals loud. Almost every time, it doesn’t.

7. Most people opposed to change do not have a clearly articulated vision of a prefered future

In fact, most just want to go back to Egypt. And you can’t build a better future on a vision of the past.

Fear of opposition derails more leaders than actual opposition. Wouldn’t it be horrible to look back on your leadership and realize there was little opposition to change—you just thought there was?

So push past your fears. And push past the opposition.

Courage isn’t the absence of fear; it’s the determination to lead through your fears. By the way, this also does wonders for your faith.

9. Buy-in happens most fully when people understand why, rather than what or how

What and how are inherently divisive. Someone’s always got a better, cheaper, more expensive, faster, shorter, longer way to do what you’re proposing.

Articulating why you’re changing something is different. It unites people. Why reminds everyone why we do what we do, and why we’re doing this in the first place.

So focus on why when you’re communicating. Why motivates. Always start with why, finish with why and pepper all communication with why.

If you don’t muster up the courage to usher in healthy change, you’ll regret it.

You’ll look back and yearn for what might have been, not for what was.

You’ll be tempted to compromise and reduce vision to the lowest common denominator: incremental change.

12. Transformation happens when the change in question becomes part of the culture

How long does change take? It takes a while, and it’s important to persevere. Because over time, change becomes transformation.

You can change some things in a year and almost everything in 5 years. But transformation happens when people own the change. That’s often 5-7 years; only then do most people not want to go back to Egypt.

So how do you know transformation has happened? Simple. Most people no longer want to go back to the way it was.

13. The greatest enemy of your future success is your current success

The biggest problem? Success makes leaders conservative. The more successful you become, the less willing you are to change.

As a result, the greatest enemy of your future success is your current success.

The best way to overcome that?

Successful organizations create a culture of change because they realize that success tempts you to risk nothing until decline forces you to reexamine everything. Keep changing.

Order the author’s revolutionary book, Leading Change without Losing It. 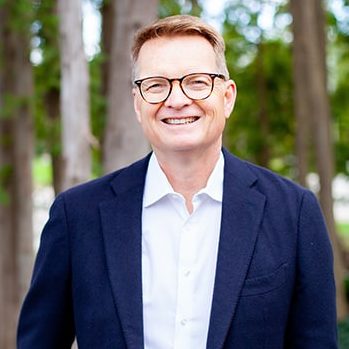