Esther Teaches Us about Courage!

Esther Teaches Us about Courage!

“Who knows, perhaps you have come to your royal position for such a time as this.” Esther 4:14b [Mordecai speaking to Esther]

Beloved, absorb this with your whole heart: You are royalty. Not figurative royalty. Not just spiritual royalty. You are in the most literal sense possible the daughter of the universe’s King. You have royal blood in a way that even Esther did not. The crimson bloodline of Christ flows through your veins.

For now the kingdom of God on this earth resides within you, but one day your eyes will spring open to the most brilliant reality sight can behold. The kingdom of God will surround you, complete with palace, mansions, streets, and horses. In ways incomprehensible now, you will reign there with Him. All that we now call “reality” will be a mere shadow of the vivid world we have coming. Right now you are representing the King on official business in another land, but you are no less royal than the Queen of England would be if she visited the White House. Or the Bronx. She is queen regardless of where she is and how she is treated. Her status is secure. So is yours. When she’s cut, she bleeds royal blood. So do you.

Not only are you royalty but you also have been placed in your sphere of influence, regardless of the size you perceive it to be, “for such a time as this.” Ecclesiastes 3:2 tells us there is “a time to be born and a time to die.” God cut out those exact perimeters for you and me on the kingdom calendar so that we would be positioned on earth right now. Likewise, Acts 17:26 tells us unflinchingly that God “determined the times set for [us] and the exact places that [we] should live.” You see, even your current location is part of the set-up for your kingdom destiny. As we learned in one of our earliest verses on providence in this series, in Christ “we were also chosen, having been predestined according to the plan of Him who works everything in conformity with the purpose of His will” (Eph. 1:11). These realizations should be stunning and marvelous to us, exploding our lives with significance.

The hard truth of Mordecai’s exhortation to Esther also applies to us. We can refuse to walk in obedience to God or cower in fear from our calling and He will undoubtedly still accomplish His agenda. As for us, however, we will pass up the fulfillment of our own entire life-purpose and we—and perhaps even “our father’s family”—will miss a mighty work. Frighteningly, perhaps even a mighty deliverance. One of our biggest obstacles in our most important moments “for such a time as this” is the difficulty of the destiny-serving task.

It’s tough being a woman thrown a giant-size weight.

Know the feeling? So do I. Every giant-size weight drops into our laps right on schedule. None of our purposes will be fulfilled easily. All of them will require the most difficult decisions we think we can make. Decisions that we may feel will practically kill us. Then God does something miraculous and we become something we’re not. That’s when “who knows?” becomes “I know.”

At some of the hardest times in my life, I have been able to make the more difficult choice out of pure blind-eyed, bent-kneed acceptance that it was somehow part of a greater plan. I was beaten by a conviction that throbbed relentlessly against my strong self-centeredness. As much as my flesh wanted relief, I knew that when all was said and done, I’d sit on that side of glory having much rather fulfilled my calling than served myself all the way to meaninglessness. I had to accept that I was not called to an easy life. I was called to a purposeful life.

At strategic times of internal war I stop and ask myself, “What if this is a critical moment? What if this very thing, this very decision, is the most important piece of the puzzle comprising my purpose?”

God has profoundly used the conviction that those heightened times of decision in my toughest trials could be “make it or break it” moments in my destiny. Much like Mordecai suggested, I always knew God would accomplish His will and do what He intended, but if I made a man-ward (vs. Godward) decision, I’d be left out of a divine loop that would eventually mean everything to me.

Beloved, in the times of greatest struggle when you make the Godward decision over convenience, earthly comfort, or carnal pleasure, you too have come to a critical moment in the fulfillment of your destiny. A defining moment. A war is being waged over your head in the unseen realm, and a great cloud of witnesses is cheering you on. You have no idea what’s at stake.

This article was adapted from Esther by Beth Moore 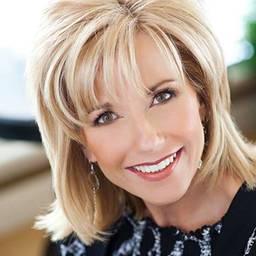