Once on a mission trip to Pakistan I saw an appalling sight in the market place.  A man was begging with a gazillion flies swarming around an open sore on his leg.  As a young, sanitized American I had never seen a swarm of flies feasting on an open wound.


Whenever I think about those flies swarming in that sore I remember one insightful name given to Satan in scripture is Beelzebul.  This name means, “Lord of the flies.”


In the first world where wounds are bandaged and medicated with Neosporin, the meaning of the name Beelzebul gets lost in translation.  Greek readers knew the name described the activity of Satan.


Like flies swarm to an open sore, demonic hoards love to swarm around emotional and spiritual hurts.  These septic sores can be personal, church wide, or within a society, like when we experience the horrors of genocide.


Demonic swarms will take advantage of our pain and our sorrow.  Using our fear and self-pity they try to stir up anger, hatred, and vengeance toward those who have hurt us and toward our God who allowed it to happen.  No one ever said that Satan fights fair.  He loves to kick us when we are down.


Because the evil one is more active when we are hurting it is very important we learn the art of being kind to ourselves.  When my husband was diagnosed with a brain tumor I again experienced the swarm’s activity. But, in the confusion I could clearly hear God calling me.


And then God said something new to me, “Jan, I want you to walk out what you believe.”


God’s plan was for my good theology to grow deeper and to move from mere head knowledge, to heart knowledge; I was to walk in what I believed to be true about God, no matter what the outcome.  I was to hold onto my belief in God’s goodness.


As time went by, I understood there was even more God wanted from me, because the swarm was still trying to push my buttons in my vulnerable state.  According to scripture I also needed to resist the evil one.


When we identify the swarm’s activity, we can choose to trust God, his good plans, and resist the devil.


Jesus will bring healing, even in difficult circumstances, when we submit to God.  We practice our Christlikeness when we honestly choose God’s transforming work.  In releasing our enemies, and our perceived enemies to God’s judgment, we are unlocking our freedom from satanic bondage.  Forgiveness then is an act of kindness we exercise to free ourselves.


Forgiveness does not mean we forget what happened to us.  Sometime in the future there will be those who will need to hear our story.   It will be very important we remember how we felt and what methods God used to deliver us, but we can forgive without forgetting.


Oddly, modern scientists have discovered that sometimes flies can facilitate healing.  Doctors can now place medical grade maggots, such as blow fly larvae, on soft tissue wounds.  The maggots will eat only dead tissue and as they eat, they secrete antimicrobial molecules in the affected area, promoting the growth of healthy tissue.


Satan loves to assault us when we are miserable, but Jesus is the Victor.  God may allow the swarming for a season, but only to eat away that which is spiritually dead.  Eventually, God’s new life can abound in our places of brokenness.  We are called to submit to God and resist the devil.


When we identify the swarm’s activity, we can reach out to those still caught in suffering.


When we understand the nature of Satan’s tactics we will courageously want to help others. Like Christ, we will desire to bind up the brokenhearted.  We won’t rush in where angels fear to tread, nor will we fear the swarm.  But, because we bring hope we move with gentleness and mercy.  In Romans 2:4 Paul teaches that it is the kindness of God which leads to repentance.  Knowing what is at stake we walk patiently with those who have a heavy and an aching heart.


Comforting those who mourn, then, is an important act of spiritual warfare.  Emotionally, to hold onto our hurt feels just.  But, while grief is honorable, unforgiveness is not.  Refusing to forgive will leave us miserable and make us a pawn in one of Satan’s schemes (Matthew 18:21-35).


When we identify the swarm’s activity, we remember that Satan is vastly weaker than our God.


In Luke 11:14-20 Jesus is accused of performing an exorcism by the power of Beelzebul.  Look at these verses.


In Luke 11:20 Jesus said, “But if it is by the finger of God that I cast out demons, then the kingdom of God has come upon you.”  Jesus uses the term, “finger of God, “ to illustrate how little power God has to expend to squash the demonic.  We need to understand spiritual warfare is not a struggle between two equally competing powers.  God only needs to flex a pinky when he wants to deal with Satan.


Satan deceitfully gains access in lives when we join in his evil ways…when we listen to his lies of fear and self-pity…when we refuse to forgive our enemies…when we traffic in anger, gossip and deception.  Any evil practice will give ground to the demonic to continue swarming around our heart and hurt us.  Exhausted from the conflict, those who love Jesus will finally surrender, repent, and listen to God.  He is our deliverer, but he calls us to remain teachable and forgive.  He calls us to resist the devil.  How we think about God and his eternal plans are critical when we want to walk in God’s healing kindness.

1)   How might a person begin seeking greater emotional health? 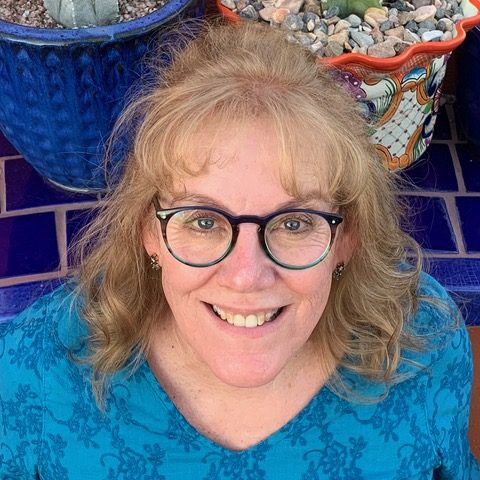